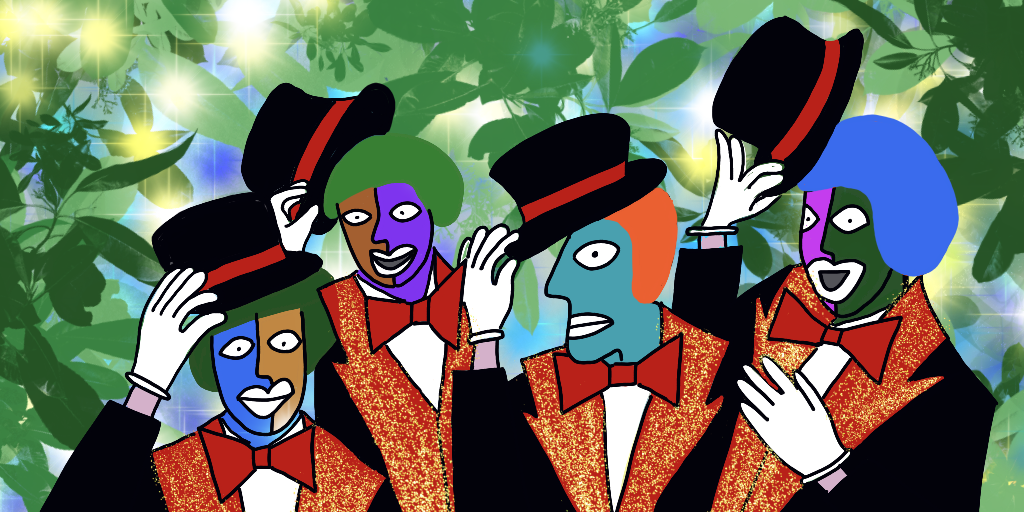 Acceptable in the 20th Century

The Cost of Entertainment

We either create value or die. Black lives really do matter … but why? In the 21st century, our awareness of some of the most pernicious social diseases is rising and gaining momentum. The dehumanisation of others for entertainment and trade is amongst the oldest of these inflictions because it is disguised by the unwritten social codes of the era. In other words, it’s the kind of social issue that avoids resolution by shape-shifting and getting new clothes.

In 1958, when Belgium’s human zoo closed its gates for the last time, the Black and White Minstrel Show started airing on British primetime television. It ran for 20 years featuring blacked-up singers emulating the style of popular American song and dance traditions. In 1964, Laurence Olivier played Othello at the Old Vic, again blacked-up to fully inhabit the character of Shakespeare’s eponymous Moor soldier. That, as the saying goes, was entertainment. Today is a whole different ball game. Right?

What happens when successive generations become dependent on commercialised narratives to make sense of the world? What notions of belonging and identity must it engender in the unwitting consumer? These disguised narratives are not about holding space they are stealing attention; numbing curiosity and planting seeds for the next crop of deceit. In fact, today they have metastasised in our children’s psyche having spread from the original cancer site of our 1950’s television sets to the endocrinal glands of social media platforms like Facebook, TikTok and Instagram.

Modelled behaviour is the fastest way humans learn especially when it feels like harmless fun. Today’s social media, like the Human Zoo and blacked-up Minstrels, is surreptitiously modelling a language of deep cynicism, misogyny, racism and distorted social values. Meanwhile, the news channels are competing in vain; obsessed with intrigue over fact, attention over information. The real sub-text being peddled here is an unrealistic perfectionism that is lauded as a standard to which we should all aspire. In the gap, a very 21st-century brand of trauma is spawning. As more people fail to meet these impossible standards confusion reigns and emotions like shame, fear and rage hijack the social discourse.

While shame in small doses can be a catalyst for acceptable social behaviour it also causes trauma. Toxic shaming suppresses our individuality and creativity. This dysfunctional perfectionism makes unwitting narcissists of us as we stare, transfixed, into a dark lake trying to make sense of the grotesque images reflecting back; sensing something undeniably familiar yet disturbingly undefinable. Submerged in the murky reflection are unprecedented levels of isolation, mental health and social distress. We badly need new conversations and new spaces to have them in.

In the sharing of stories and discovery of each other’s narrative, there is hope. Traumatized people bury their narratives from one generation to the next further into the unspeakable. That is how oppressed cultures sink deeper into sufferation and become an easy target for peddlers of narcissism. Maybe if we focus more on the true cost of entertainment we’d see more clearly the so-called new normal contains some very old and familiar social contagions. Consequently, there are good reasons to re-examine the narratives that brought us here. A coherent story is the best remedy for internalized trauma and the key to regaining our innate empathy towards our fellow-travellers since, in this landscape, no one truly travels alone.

Today’s Human Zoo is a bubbling melting-pot of intertwined socio-cultural narratives in which the ideas that will come to define the current era are still forming. The ideological staples of the preceding decades no longer apply; at least not in the same way. Race, identity, place and the very notion of proximity, what it means to “near and dear”, are being dismantled before our eyes. The diverse and widespread support for causes like the Black Lives Matter movement is a welcome expression of a newly calibrated sense of empathy. However, it raises equally important questions. Will this deeply symbolic social action heal the wounds and unresolved tensions caused by centuries of oppression?

Individually and collectively we need to understand how the human body processes and experiences this kind of wound. Political and social changes are of course part of the overall strategy but healing of the soul requires something in addition because we hold the solution in common. What was acceptable yesterday quickly becomes abhorrent with the benefit of hindsight, except for the nameless beasts that fly under the radar of collective consciousness.  Did you walk a million miles for one of those watermelon smiles or are you holding on to your hat and hoping for the best?