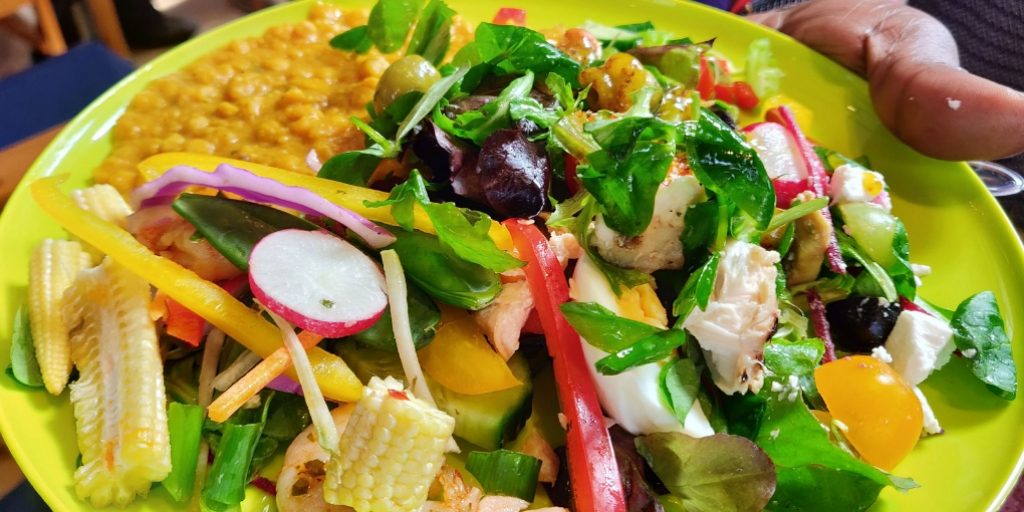 What does “gratitude” have to do with current government policy and the future of health and social care services in England? Possibly, more than we have allowed ourselves to believe thus far in the appreciation of less formal community models. Our capacity to express collective gratitude, especially through times of adversity, is somehow linked to the inert resilience of the human spirit.

The process of caring is necessarily mutual. For it to work well and sustainably, everyone in the supply chain must feel equally valued for their contribution. And communities have always made a unique contribution to the long term systemic outcomes of public service provision. Though that contribution has never been easy to measure. If indeed measurement is necessary.

“Navigation” is an idea whose silent footprints have long been detectable in the best-practice integrated care models from across the globe. It speaks to the cumulative impact of innumerable (often invisible) interactions between people over time. It’s considered by some to be an ephemeral concept too difficult to define.

Rumour has it that Steve Jobs was on the brink of a breakthrough when he sadly passed away in 2011. We believe “navigation” connects us to the narrative of what it means to be essentially human. It helps us penetrate the fog of complexity and engage with the simplest expression of our humanity; the gift of helping one another.

The day after the January Hub, we checked in with the members who said they were coming but didn’t make it along. Mickey was one such. He was looking forward to attending when we spoke to him just a few days before. He had also promised to attend the December session. There’s a well-used term for this pattern of behaviour: “Did Not Attend” or DNA’s.

His mother picked up the phone (as she often does when we call). Only this time, instead of passing the phone over to Mickey, she wanted to have a word. She was concerned for him. Lately, he had been locking himself away in his bedroom more often. He does, she assured, genuinely look forward to the Hub sessions each month. However, the closer the day comes, the more anxious he becomes.

In October when Mickey last attended the BHappy Hub, his father had dropped him off. He clearly enjoyed himself. At first, he sat mostly at the back and listened attentively to the talks. Then he spent some time with the art group. When he got home, he even told his mum that she should try and come along to the next one. Mickey’s mum tells us she has a long term respiratory condition. She uses an electric wheelchair and is on oxygen. They made a bargain that Mickey would accompany her on foot if Dad couldn’t give them both a lift. They live just under a mile from the venue.

A Pledge is an authentic expression of the connected self

It is during this conversation that Mickey’s mum informed us, for the October, November and December events Mickey and she had actually set out for the Hub. As per their arrangement. On each occasion, Mickey had become anxious and turned back. We get a little closer each time and at least we got some fresh air, she joked. Then she said the most amazing thing, She pledged, for the next Hub in February,  she would attend even if she had to come alone. She wants to show Mickey a good example and, in any case, she senses she would benefit from being there herself.

Who knows what February will bring? We will see. What we can say is that “navigation“ changed the way we look at Mickey’s story. Knowing now as we do, he and his mum tried three times to come to a BHappy Hub, and three times in a row they didn’t make it. And yet somehow they are fighting for each other’s wellbeing.

Knowing all this can we really brand them as DNA’s? We don’t think so. As long as they don’t give up on each other. What we all know is when they do arrive, there will be a hearty welcome and a plate of healthy food waiting for them. 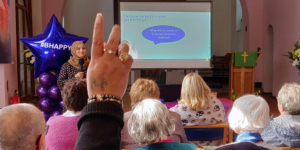 When We Make a Pledge, Something Interesting Happens to Our Mind in the Moment

The decision to say you’re going to do something for another person, no matter how small, and make every effort to see it through sounds simple enough. After all, people do it every minute of every day with friends, family and strangers. Yet it is truly an act of incalculable courage. It’s probably the greatest indicator of your future wellbeing, and that of the people around you.

A Pledge is a statement of intent that gives rise to endless possibilities. It’s an authentic expression of gratitude. Though we may not always be there to witness the outcome, it will always make an impact on someone, somewhere.