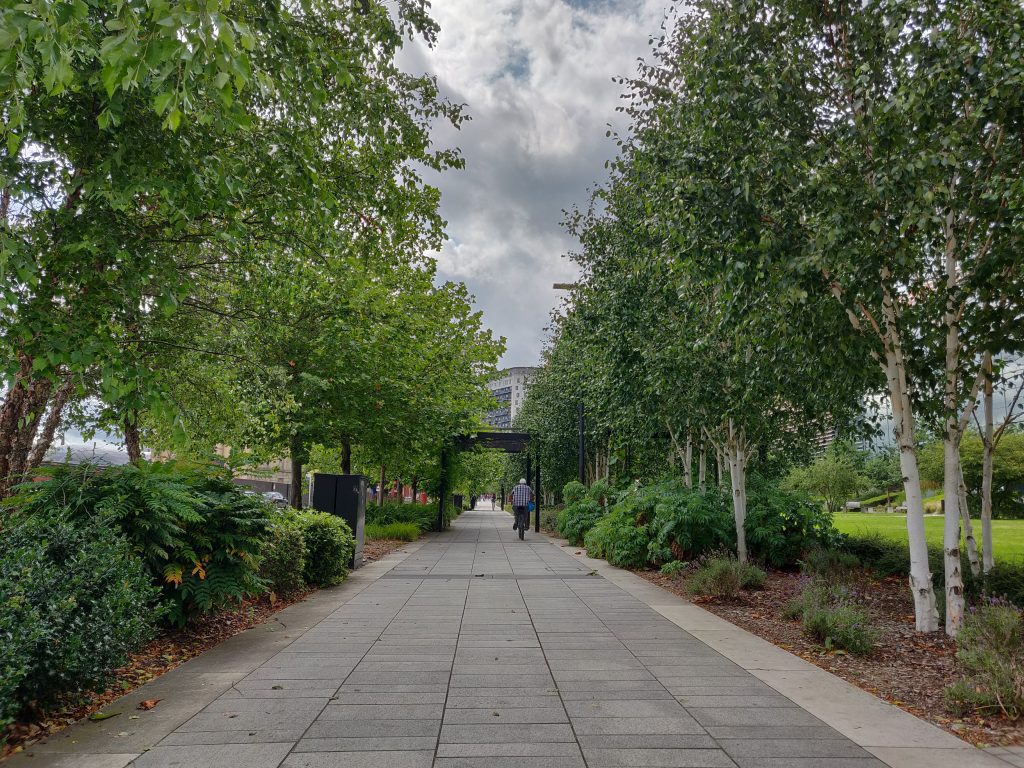 In Great Fields Something Stays

Green with hints of blue and gold

There are good reasons why Birmingham and the wider West Midland ecosystem is the perfect environment for an emerging wellbeing phenomenon. As Joseph Chamberlain said, “In great fields, something stays ..” Birmingham is currently the only UK city that is part of the global “Biophilic Cities” network along with places like Portland, Oregon; Singapore; Barcelona; and Fremantle in Australia. For such a relatively large city (1.2 million population) Birmingham is unusually blessed with green spaces and waterways.

In fact, around 18% of the city is given over to green space, with the 1,000 hectares of Sutton Park being one of the largest urban green spaces to be found anywhere in the UK. Combined with an extensive network of canals, Birmingham is a unique city. Its green credentials are obvious and, at the same time, it is undeniably “urban”.

Birmingham is often depicted as a city that came of age during the industrial revolution. Making and creativity was part of the city’s heritage long before the age of mass manufacturing. Before the foundries and factories that drew their post-war workforce from the former colonies, there was metal-craft, textiles, joinery; gun making, construction and all sorts of thriving cottage industries. Raw materials arrived at the ports and travelled across the region via the canals to Birmingham where they were transformed into all manner of finished goods.

A short walk from the Jewellery Quarter, across to Millenium Point and Aston Science Park and then into Digbeth (home of creativity and social enterprise) is as much a journey into a glorious past as it is a testimony to a bright and promising future. One gets the sense that the region’s future, its present and its past are coming together in the most extraordinary fashion. It is this quality that defines the story of mankind’s most meaningful innovations; that they connect us all, and in so doing anchor us in time and place. For there is no present without the past and no future without the present.

Innovation in the DNA

Local innovators like James Watt, Matthew Boulton and Joseph Chamberlain ensured Birmingham’s industrial heritage would become the stuff of legends. They were founder members of the Lunar society. The group (an early form of “think tank” / come Guild of Innovators) took its name from the regular meetings held on the day of a full moon to make use of the nocturnal light for their journey home.

Their work laid the foundation for manufacturing prominence and excellence in the transport and aerospace sectors. Industrial giants like Lucas and Austin Rover led the field of an army of industrial know-how that contributed more than a fair share of the country’s GDP for decades. They would have approved of the new HS2 Engineering College “coming home” to Aston Science Park.

Today, the region also boasts thriving health and financial sectors with one of the world’s largest banks headquartered here. A host of world-class brands can claim the “Made in the Midlands” birthright, ensuring that in one way or another the city’s industrial heritage is as vibrant today as it has ever been.

For those in the know, Birmingham has long been a vibrant and culturally diverse city with an endless capacity for renewal. Like the rings inside an ageing tree, its story is visible in the spaces, buildings and architecture. Dating back to Roman times, the “straight-as-a-dye” roadways still act as a template for today’s main transport routes. Indelible trails scored into the fabric of time connecting the city directly to the Romans who gave the place its name: Brummagem.

1 thought on “In Great Fields Something Stays”