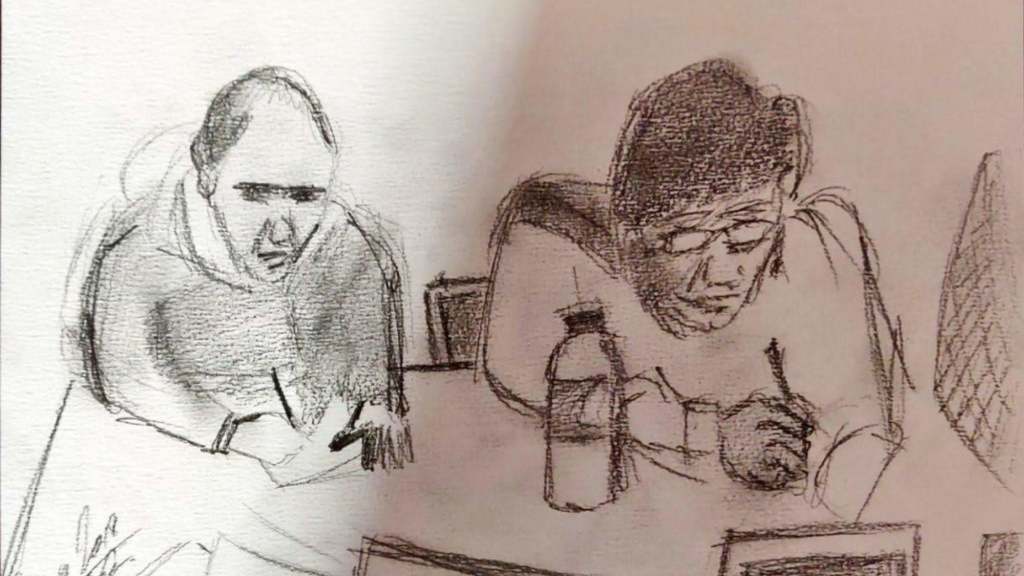 Me and my squibs

Vulnerability proved to be my best friend throughout my wellbeing journey. I realised, whatever else was going on, there were at least a few constant, tangible things I could hold fast to. Sure, they were all in my head. But when no one was there to naysay me, I let them out. All of them. Doodles, scribbles, hummed tunes, funny little dances and silly charades. Anything to help me feel better.

When I did so I felt less “alone”. A random song heard just once on the radio, multiplied, metamorphosed and repeated itself in my mind like crazy. It was as if I had my own private Spotify playlist, and only I knew how to push the “play” and “pause” buttons.

I referred to these stifled expressions of creativity as my “squibs”. It was a word I made up to “own” my natural desire to share, to connect. My squibs sat alongside me. They lifted me. I didn’t know why or how but that didn’t matter at the time. I just know I would not have survived without them.

Along with my squibs came prolonged bouts of depression. But I always had my squibs to fall back on. Being isolated just meant more time for me and my squibs. For hours, days and months at a time, I wasn’t  “allowed” to leave my room or go see my friends. So I sat up at nights and scribbled stuff. Whatever came to mind. All the time feeling those songs from the radio ringing in my head. Cheering me on.

So for me as a 14-year-old, the care system was like being in prison. In terms of physical space, it would have just about passed for an open prison; with it’s hidden rules and coded vernacular. All designed to benefit those in the know – the carers.

Emotionally, it was more like a 24/7 high-security lockdown, way out someplace in the back of beyond. With hard labour thrown in for sadistic fun. After the clouds of my early childhood, life in care was the inevitable rainfall of more misery and neglect.

And then, like rain from the clouds, came foster care

I began to ask, was it me? Or is this world full of people who have been abused and abandoned? I had gone from years of being controlled and feeling isolated only to find myself in a community that seemed hell-bent on hurting each other. Talk about out of the frying pan and into the fire!

However, those squibs were about to give me the greatest of gifts. I began to figure out how I felt wasn’t necessarily how the world was. My squibs kept telling me somewhere in all this there must be missing data. My mental model of the world was a work in progress, like a jigsaw puzzle. I could see an emerging picture but, at the same time, I sensed some of the pieces were missing; withheld from me.

You see, I was an angry child. So this “brave new world” seemed cold and unloving to me. On top of that, it seemed to be offering me a Hobson’s choice between one form of control and another. What I needed and wanted was to be free.

Many moments I would tell myself: “When I grow up, I’m going to do something about all this!” Initially wanted to be a social worker, the classic care leavers’ attempt to make sense of their story. Except that didn’t feel quite right. Then I thought, maybe a teacher? Another time it would be something else; always to do with helping others like me.  It was sometime later, after countless cycles of this thought process, that the penny finally dropped once and for all. I had to learn to help myself before I could help others.

When a student is truly ready, the teacher disappears

From birth, we’re programmed to unconditionally place our trust in two kinds of people. Those who care for us and those who educate us. What I was learning in my formative years is that these are the selfsame people who are most likely to “fuck you up”, Larkin style! And they do. That’s why I needed help. Not because there was something wrong with me. But because I had been the subject (I won’t say object or victim) of a particular set of circumstances. I was no longer willing to take that “personally”.

As I shared in my previous blog, knowing who to trust is not an easy skill to master. I thought “keep this between us” was a cue for more abuse, not an honest gesture of trust. Especially when you’ve been through the kinds of experience I have.

Learning to differentiate between help and hindrance is a big step. It amounts to rewiring our emotional responses to everyday life experiences. Fine-tuning the emotional circuitry we “inherited” in our childhoods. At the end of the day, we humans are not evolved to live in isolation.  Helping one another is simultaneously the most basic and most powerful of the social functions we undertake.

I now know the people who have helped me the most are also quite keen to see me continue to thrive and do what I love. I’m so grateful for them. Here’s a link to some useful counselling resources. Pay it forward if you don’t need it for yourself. Someone somewhere will be glad you did 🙂