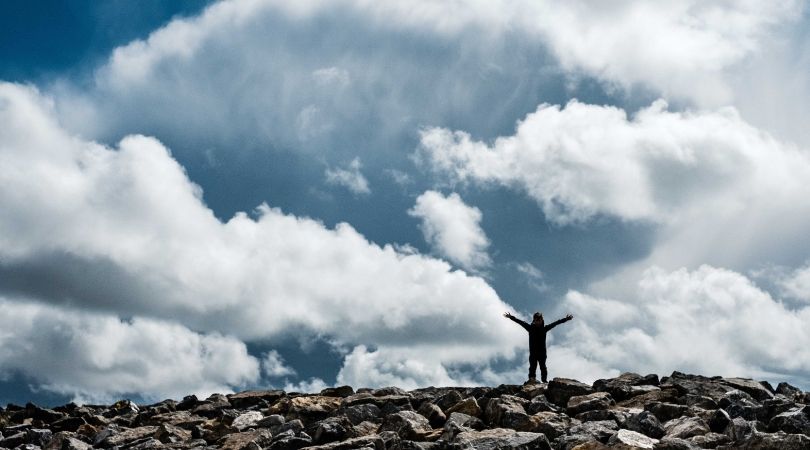 The Good, The Bad and The Ugly

The world we live in is described as the ‘Information Age’. This latest  Industrial Revolution is a digital one, allowing us to carry powerful computers in our pockets and on our wrists.

A report produced by Domo showed that in 2018 in just one minute over 49,000 photos are uploaded to Instagram; 510,000 comments made on Facebook and a little under 4.5 million Youtube videos watched. All that in just 60 seconds!

As we are in the midst of #MentalHealthAwarenessWeek, I’ve taken a moment to pause and think about how the relentless avalanche of data impacts my mental wellbeing. Even as write this article, the digital world beckons as alerts and emails constantly ping from my phone.

The Good
Late 2007 I created my Facebook account and soon after I subscribed to Xbox Live in order to play video games online with one of my brothers. Having left my native Ireland for Birmingham, England five years earlier, I now had a way to keep in touch with family and friends that didn’t require multiple telephone calls or a cheap flight.

Much better than the occasional email, I could see photographs that served as windows into the lives of my nearest and dearest. I instantly felt connected to those I saw all too infrequently. As time went on I’ve found myself on Twitter where I mostly complain about public transport and politics, LinkedIn where I’m even less sure if actually know anyone than I do on Facebook. Oh and Instagram where I connect to be inspired by visual artists and share one of my great passions: visual storytelling.

Over the last year, social media has become a necessity with my work as I run my own business as a visual storyteller and educator. Through it I have made so many wonderful connections and attended incredible events I would likely never have heard of. Most importantly it has brought me new friends, colleagues and customers. What one might call “real people in real places”.

The Bad
While being ‘connected’ is a great feeling, it’s often difficult to disconnect. I sense I’ve been hooked by the social media giants. It’s not just a routine matter of checking my social media feeds. It has also become an essential part of my daily routine. A well-intentioned research or learning exercise on Youtube can lead to my somehow watching a stream of comedy sketches for far too long. It’s easy to fall down the rabbit-hole.

Having a largely ungoverned platform where people can share their thoughts, results in a mixed bag of positive and negative contributions. It’s hard to navigate the online world without being emotionally affected by it. My desire to be my authentic self in a virtual setting often means expressing things on social media that may open up to judgement or unwelcomed scrutiny. Do I post that feeling I have “on my mind” (as one platform asks)? Even when it’s a miserable thought process. Or do I smile it off with a positive, cheery face?

Harder still is the notion that “synthetic” connections through social media can render us isolated. We all want to be recognised and valued by others, but when we put ourselves out there and don’t get ‘likes’ or responses, it brings us right back to the hard reality of a physical world that could be difficult for any number of reasons. For me, the problem and the solution both stem from the fact that no one should live in a world where we know what a distant “celebrity” is having for breakfast while we ignore the “real people” who live on the same street.

The Ugly
While the algorithms of social media charm and categorise us in order to promote people and products, the truth is humans are instinctively tribal. Having spent most of my working life in Learning & Development, I know this is something people love to do. Are you introvert or extrovert? What is your personality type? Favourite colour or animal spirit? It is easy to search for what divides rather than unites us online. When groups or individuals with opposing (and often entrenched) views interact on social media, the factionalism is exaggerated.

Recently at a PocZero meeting, we discussed a model of team learning called “POV”  derived from the book “The Fifth Discipline” by Peter M. Senge. The idea of moving from ‘group think’ to a method where everyone’s views are considered feels very much where social media should be.

In all, I still see social media as a powerful tool for good while recognising that there are days where I’m worse off for it. It’s easy to think that the answer is to periodically switch off or hide in a Welsh valley with no signal (and I will sometimes do this) but I think on reflection social media impacts on my wellbeing like any real form of interaction. Sometimes I can make it a more positive experience if I make the effort.