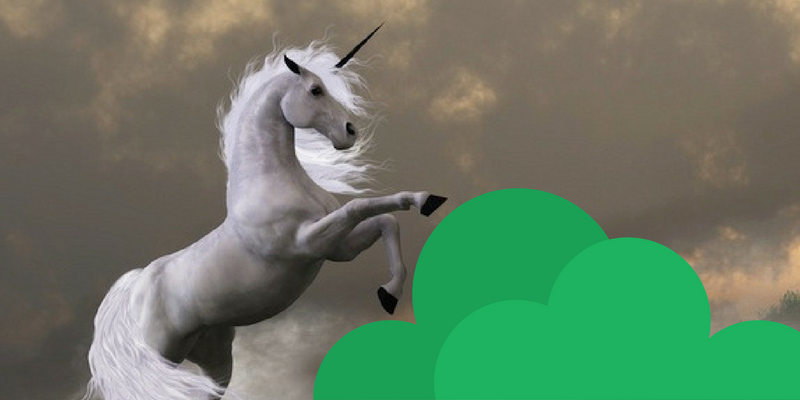 A Dollar Spent Earnestly in the Village is Undoubtedly a Wonderful Thing, but Why are Universal Measurement Tools as Rare as Unicorn Droppings?

A King summoned her three bravest and most trusted Knights of the realm and informed them she would need to go on a pilgrimage. (Yes women can be Kings in the world where this system fable took place, and Knights too). She wished to entrust them with the portion of the Kingdom’s resources dedicated to the health and well-being of her people. She warned that valuable resources would need to be used as wisely as possible, and accurately accounted for.

The Knights saw that the kingdom divided itself naturally into three villages. One is in a valley, the other on the river bank and the third is up in the hills. So straightway they were able to agree to a fair sharing of the overall budget based on the circumstances of each village. On departure, the King encouraged them to fulfil their duties by spending all the money and clearly showing the outcomes of their decisions.

Years later, the King returned and invited the Knights to give an account of their endeavours. The first Knight explained that he had spent all the money but could not prove how his villagers had benefited. “I see,” said the King.

The second Knight explained that her villagers were fit, happy and healthy but alas she could spend no more than half the budget. “I see,” said the King.

The third Knight stepped forward and proudly reported all the money was spent and furthermore, everyone in the village was delighted with the outcomes. In anticipation, he had taken the liberty of arranging a ceremony to honour the Villagers’ wellbeing and welcome the King home. Success, he said, must always be celebrated. There were fireworks; cocktails and a band comprising the best musicians and dancers from his village. When the festival came to a close, he humbly emphasised that the event was designed through a consultation exercise. His Villagers had all contributed to the design of the ceremony.

The King was perplexed. She asked the third Knight to stand and face the other two. “Now tell me”, said the King, “what does your success say about your fellow Knights? Are we not all one and the same people?”

Overlooking The “Win-Win” Scenario: Why in the end did the King not confer success on any of the Knights? The bargain was for them to look after the wellbeing of ALL citizens. While we’re at it; what’s the difference between a “bargain” and a “deal” anyway? Let’s agree the King had set-up a “win-win” scenario. So there is shared responsibility on the overall core objective as well as clear accountability for the Knights’ allotted villages. Despite this, the third Knight celebrated what the king could only regard as a systemic failure. Making his failure greatest of all. We will talk about this type of comparison another time. For now, let’s assume the King neither practices nor believes in “blame” as such. But she did feel strongly about the lack of desirable outcomes. Think about it. How would you feel if your team lost a match by two goals to one and the player who scored the goal claimed a personal victory? And then threw a party to celebrate? Disappointed maybe?

Missing Data Syndrome: From a whole system perspective, the lack of collaboration between the Knights is striking, given they were made parties to a “win-win” arrangement. However, there are deeper consequences to this missed opportunity. The act of collaboration generates unique data and insight, in real time (live learning). This critical, “missing data” quite often is the key ingredient to a collaborative success story, because it commands authenticity through the testimony of the participants. Missing data cannot be fabricated after the fact since it’s contemporaneous quality is part of its unique value. In fact, missing data is giving us a very powerful message. It is saying “we are not together in this”. There is, for example, the fundamental question of why the other two villages seemed not to have faired so well by comparison to the third. We know one village is in a valley, one sits along a river bank and the third up in a hill. But what are the underlying factors that may be driving variability? Much of this missing data would have surfaced through a set of circumstances that may never emerge again for decades or centuries. 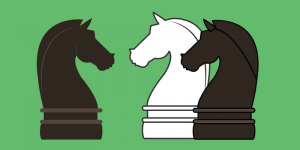 The Blame Game: A brief word in passing about “blame” in case you haven’t spotted it. The King must be credited with putting in place an arrangement that designed out the possibility of her Knights playing the “blame game” among themselves. In practice, blame culture is one the greatest barriers to innovation and system improvement. It stifles trust. So it’s worth mentioning one of Deming’s most important rules for system improvement is “Never blame people for [systemic] failures ..” Instead, we must tunnel through the layers of symptoms to get to the murky depths where root causes breed in darkness. The determination of root causes, in any viable whole system improvement model, must also be seen as an open process undertaken under the glare of transparency. Best practice suggests if improvement actions are to work effectively, they must be part of a collaborative effort; a “win-win” deal where all the stakeholders participate equally and share the learning journey.

The Accountability-Responsibility Polarity: What about the question of accountability? The King’s intentions could be regarded as noble. After all, she wanted the best for all her citizens and delegated accordingly. Also, the knights each agreed to be accountable for their subset of the system (village). So accountability and responsibility parameters were clear from the outset. So why might this “cosy” arrangement militate against collaboration; pooling of resources and knowledge sharing?

.. What happens when we try to chunk up an ecosystem?

It’s tempting to break down complex system challenges into “manageable” segments. But in doing so we run the risk of creating false boundaries or unnecessary dependencies. The most complicated man-made systems can be designed to function as integrated, modular units; not so with complex living systems. There are simply too many variables. Yet we persist in doing exactly in our treatment of health and wellbeing ecosystems. If we’re just trying to make sense of infinite complexity, compartmentalisation may not be the most efficient strategy. It is, however, very, very human.

We humans possess a powerful instinct to sort, categorise and connect with the world around us. Thanks to industrialisation, service models have become fundamental to our ability to navigate life’s economic complexities. We have “learned” where to go to get what we need when it comes to most of life’s necessities. More and more, we are learning how to have those goods delivered to us through digital platforms. We have more control. Therefore, we have a deeper sense of what constitutes a fair trade when it comes to accessing goods and outcomes. It’s no different for health and well being. The points of care within the system are designed to appeal to our basic understanding of how best our needs are met. So we gravitate towards them. From the emergency room to the Family Doctor’s Office or the Pharmacy, we know what’s offered by them and what to expect when we get there. At the same time ask yourself, do these diverse points of care really encapsulate the fullness of mutual well-being; the fluidity; the unpredictability; the intrinsic wholeness? Individually they cannot. But synthesised they provide highly personalised experiences for the people who rely on them. Add to this the amplifying potential of digital connectivity, and the win-win possibilities are tantalising.

Measurement and Outcomes: The one problem the beleaguered Knights faced in common was how to measure mutual outcomes for their designated villages. Even if they had come up with individual measurement systems, they would have faced the issue of comparing apples, pears and bananas. Ironically, a common measurement platform would have been one sure way of creating a win-win strategy for all three villages, and the system as a whole. But what was missing?

The possibility of capturing and processing of this type of data threatens to disrupt some of the most established global industries; health and financial services included. The truth is Ecosystems are not easy to compartmentalise. An action taken at one point will almost certainly lead to unpredictable consequences in another. However, they do tend to have “points of equilibrium”, the significance of which are inversely proportional to their inherent complexity. Also, points of equilibrium are defined by calculable (largely predictable) patterns and constants.

Take something as simple as the “weather”. Think about how we perceive and manage that particular ecosystem. Here, the perceived points of equilibrium could be Winter, Spring, Summer and Autumn. But it could equally be anything else that might occur within the system’s parameters (realm of relevant possibilities). During my lifetime I have experienced snow in June and T-shirt weather in December. When it comes to navigating complex living systems, there can be no hard and fast rules or quick fixes. Just people doing their best with the data that’s available to them. Sure, tools are important for personal navigation, learning and survival. (Remember people and their circumstances can never be regarded as tools). But when push comes to shove, it’s more a question of what’s the weather going to be like today, and do I (or do I not) take an umbrella with me?