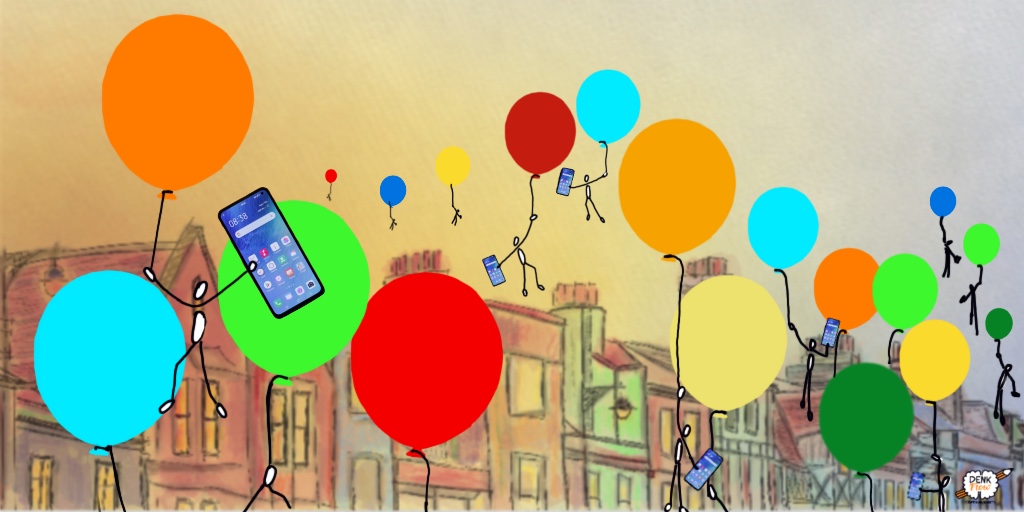 Up Up and Away

Once our children held in their hand the ability to instantly search the infinite pool of knowledge that is the world wide web, the purpose and nature of education could never again be the same. Especially when we take into consideration that the students are often more digitally literate than their “sage on a stage” parents and educators.  The good news is this now opens up the paradoxical idea notion of a learning process that can be both a highly individualised and fully shared experience.

Every person in a learning scenario has a unique story to explore and express. So, in a classroom of twenty students and one teacher, there will be twenty-one unique stories feeding into the dynamic. As every good teacher knows, this is part of the challenge of achieving the best outcomes for each mind in their charge, because the teacher is also learning. In today’s world, the same could be said for a doctor and their patient list or a pilot and their passengers. In other words, it is a property that’s common to all living system models where people are directly or indirectly serving each other’s needs.

Learning is about co-creating and operating a ring of confidence – the co-regulated space in which we feel safe and confident to express ourselves. It’s a process that moves at the average speed of trust between the people involved. For the math geeks, in our classroom example, there would 21 factorial (21 x 20 x 19 x 18 and so down to 1) data points and that is a very big number indeed. In fact, the idea is best understood as concentric waves of emotions and interactions in a constant state of flux. At any given moment these waves reflect the level of systemic trust that holds the dynamic together.

Education is, therefore, a mutual experience. You can’t educate another without learning at the same time and conversely, one person can’t learn without others in the process also being educated. In the 21st-century, due to the digital tsunami, we are all in a state of learning. The classroom, along with our places of work, has become a theatre of intimacy where the “close and slow” dynamic is intricately fused with the structural need for pace, progress and measurable outcomes. So the question becomes not only what are we learning but perhaps more crucially what are we measuring and how?

There is already a global shift in academic circles away from the traditional view that the sciences and arts are separate and distinct strands of learning. Throughout the early 20th century, the prevailing wisdom suggested there was a natural distinction between the arts and sciences. Students tended to excel in one or the other. The rare individual with an aptitude for both disciplines is seen as an anomaly. It was sufficient to embrace one or the other paths with the more academically minded pupils being steered towards the science-based disciplines, which included, philosophy and economics, of course.

“You can never direct a living system, you can only disturb it.”

Today the science-based disciplines of technology, engineering and mathematics (STEM) are still regarded as the bedrock of an educational system that drives economic growth. However, this is evolving with a wider acknowledgement that the arts play at least as important a role. The STEAM movement is fast emerging as the combined skill set that is most conducive to the kind of innovation and economic prosperity that more befits the paradigms espoused by the United Nations’ sustainable development goals (SDG).

Now even these once ambitious goals are being outstripped by the emerging thinking in terms of what should be expected from tomorrow’s education systems. So STEM plus the arts (STEAM) is itself, in progressive systems, becoming very focussed on real people, real place and real problems (3RP) learning. Recognising that the learning experience itself is most effectively conducted in real-world environments and in closest possible proximity to the situations, problems and challenges the knowledge acquired can address. If “real people, real places, real possibilities” is the pin-drop that shows the location of 21st-century learning environments then digital technology is the road that takes us there.