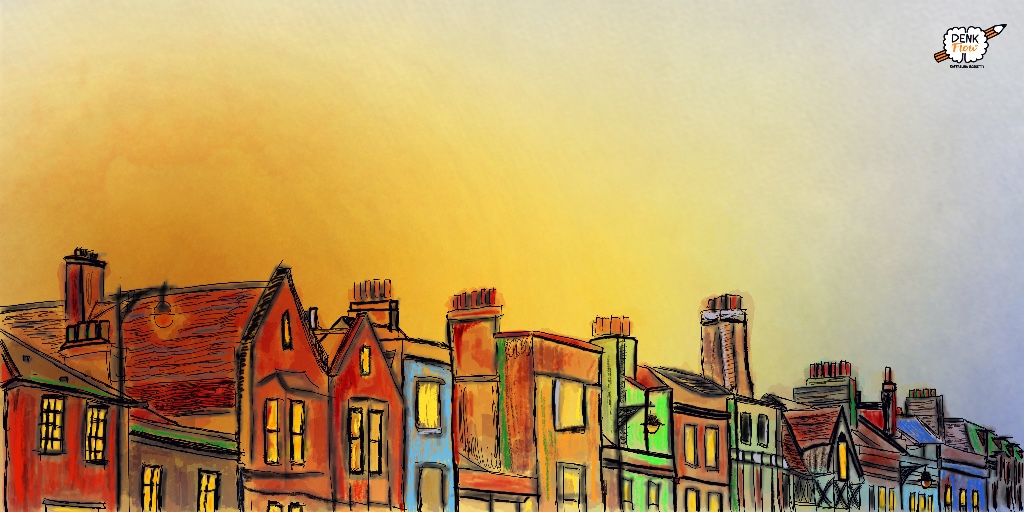 Who Suffers Most When Systems Fail?

Should we expect the organisation that provides our housing to also support our education, employability and wellbeing needs? For this to be a question and not a straightforward statement of fact in the 21st-century is abject system failure. When systems are failing, the obvious question should always be “who is suffering as a result?” Such questions are useful not to apportion blame but locate the point in the system where the improvement efforts need to be focussed.

Shelter is well understood as a basic human right and a fundamental social need. It is also a striking manifestation of the pervasive inequality that has long been a key ingredient in the social inequality cocktail. In short, it points to the issue of systemic trust, and confidence. Trust, as is the case with all emotions, is rooted in brain chemistry and this remains true whether we’re talking about trust between people or the institutions and forces that govern their lives, be it health, education or finance.

In an article in the Harvard Business Review (January 2017), Paul Zak discussed the neuroscience of trust. His research showed that trust varies across individuals and situations. In scenarios where people have high levels of trust with colleagues, neighbours, family and friends, tests revealed higher levels of oxytocin. Also, oxytocin was found to increase a person’s empathy which is super helpful in terms of connecting and collaborating with others. The research also showed that in situations where individuals feel a great deal of stress, oxytocin levels are significantly inhibited.

“This is a New Breed of Ghettoisation. It’s Particularly Pernicious and Hard to Detect ”

Technology has now outpaced most of the conventional 20th-century institutions to such an extent that there has now emerged a new socio-economic paradigm that awkwardly bestraddles two contrasting realities. It’s the portal between the “horse and cart” analogue world and the technological driverless world that is the digisphere. Yet, these two worlds are in many ways inextricably intertwined. In the perplexing liminality reside the causes and cures of today’s most intractable social issues, the respawned, genetically mutated offspring of yesteryear’s social demons. They’re building walls and within them, a new breed of ghettoisation is taking shape.

The WALL Around the  Ghetto is Digital

Viewed from either side, the perimeter is as invisible as it is impenetrable and confined within are a newly formed, impoverished class of citizen. Only, in this scenario, the poverty in question is in consequence and impact more devastating than anything we have ever known in this history of civilization. The distinguishing characteristics of poverty in the 21st-century are no longer access to knowledge, credit, and resources but the ability to navigate.

For this is the poverty of isolation, of disenfranchisement, of confusion. Money alone offers no solution here. These new ghettos are factories of social distress, bellowing dark clouds of soul-destroying toxins into our psyche and fuelling a battle for our attention, beliefs and behavioural impulses. Stephen Covey describes trust as occurring in waves and observes that there is a connection across these waves of trust. He specifically identifies five waves of trust: self-trust; relationship trust; organizational trust; market trust and societal trust. “ 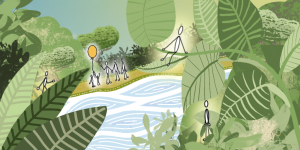 Designed to Move Humanity is part of nature. It sounds an obvious thing to say but, judging from the global trend of

Peace Without During the lockdown, we also explored how visualisation helps tackle intergenerational trauma and build bridges for understanding its inherited (and

What Happens to Us Stays Inside What causes conflict in life? This deceptively simple question could be the ultimate design challenge in

Connecting citizens,  companies and government to create new models of care from the ground up